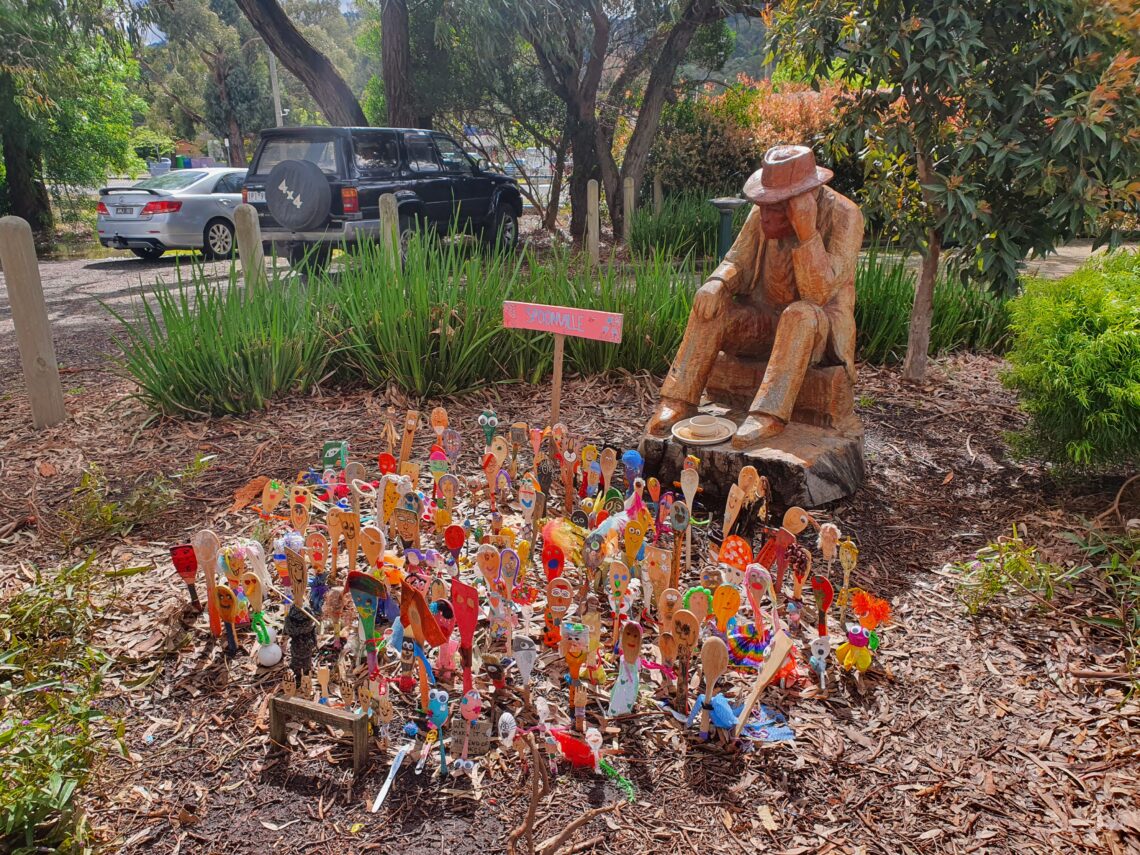 A Spoonville of sugar makes the medicine go down… in the most delightful way.

A growing population of spoon people have been creating quite a stir in the Gully recently, with spoon colonies cropping up all over the place.

If you’ve been along Station Street to see the Swagman, you’ll see he’s had a gathering of friends drop by to join him.

Further up the Avenue, spoon people are also starting to congregate outside Mountain District Learning Centre.

Groups have set up camp at Upper Ferntree Gully Primary School and are taking up residence along sections of the Blind Creek Trail, as well as beneath the pine trees at Koolunga Native Reserve on Forest Rd. As Barbara Oehring’s photos show, there’s also a family of spoons overlooking the hillside from Ferguson Street in Upwey.

Across town, there have even been rumours of an uprising, with a rebel Forkville colony forming. But we won’t speak of those renegade bandits!

What a wonderful display of positive creativity – and a great way to keep the kids busy. Between spoon people, chalk rainbows drawn on pavements and bears in windows, there are certainly a lot of wonderful things to look out for on our walks in the Gully.

So keep an eye out, and next time you’re passing, say a hello to the good people of Spoonville.

There will always be magic about for those who look for it.